The dragon started out life as a 16K prototype code named "Pippin" (hand built by PA Consulting in Cambridge for Dragon Data) as part of project SAM and was about to start production when Sinclair launched the 48K Spectrum as the successor to the earlier 16K model. A number of early prototypes were built manually by Dragon Data Ltd employees, only one example of the "pippin" is known to still exist. Apart from the missing additional 16K the prototype was identifcal in design to the Dragon 32 that became the launch machine.

In the photos of the prototype below you can see the PSU, PSU board, keyboard (from Hi-Tek but with original keys) and the motherboard. Notice that all are made on simple etched boards and that the keyboard connector is different, also noticed the missing cartridge connector and power button. 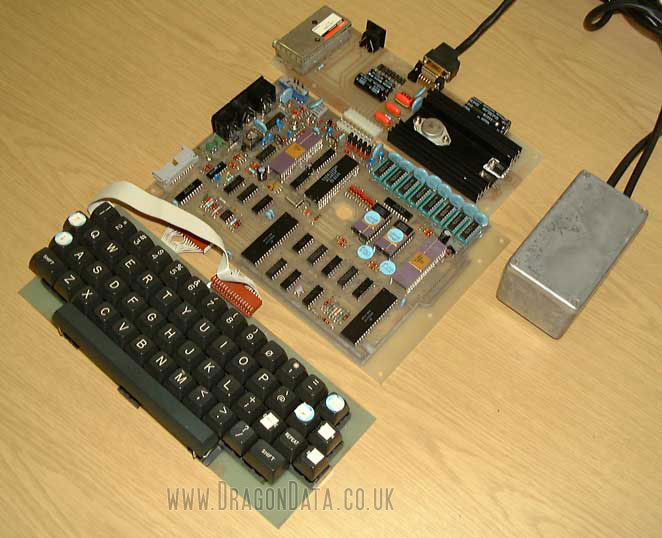 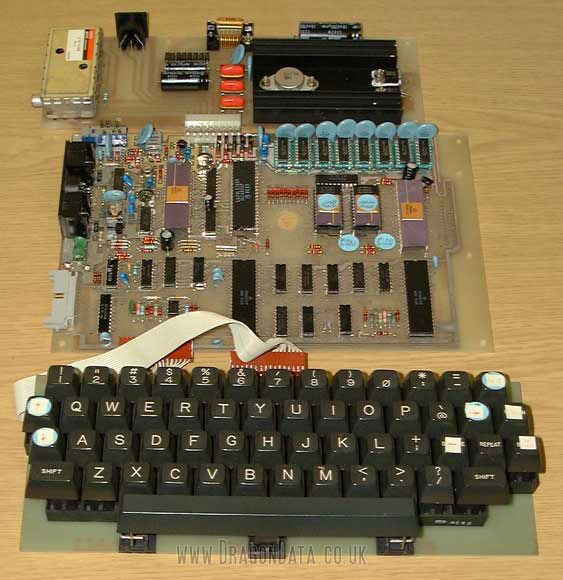