This is an arcade game in the style of Centipede. You control a ship, at the bottom of a grid. Moving toward you in a zig-zag is a chain of pods. The object is to shoot them before they get the ship. As the pods are shot, the dead pod remains on the screen, as a blocker to your bullets. The live pods on either side form two new chains, both moving toward you.

Further complicating the game are two guns outside the grid, shooting at your ship from beneath and from your left side. You are able to move into the grid, toward the pod-chain, to avoid the guns. The combination puts pressure on you, from front, back and the side.

"Jeff Minter's game Gridrunner has been released under the banner of Salamander Software. A fast-moving machine code game needing one joystick, this consists of a grid of approximately 27 x 17 lines, down which move search squads (this part is similar to Caterpillar). You control a base over the bottom half of the screen and attempt to destroy the squads before they reach the bottom of the screen. If you remain in one place for too long, X/Y zappers will line up on you and fire plasma beams. Other obstructions are caused by pods appearing in your path. Although I found it a little tiresome, some of my friends think it's great fun and it's very popular among arcade freaks. Apparently this is one of the best selling games in the States, if that's any recommendation. " 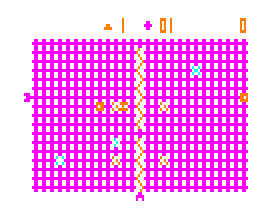 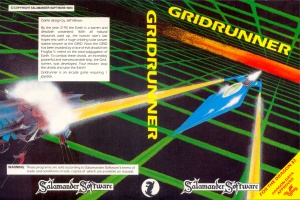 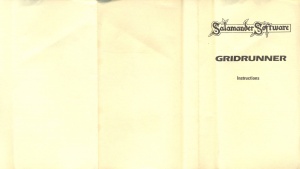 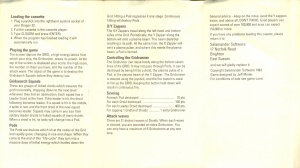 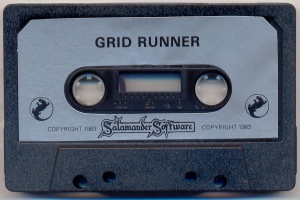