Aside from the increase in RAM and the new BASIC, the 64 also had an RS-232 serial port which was not included on the 32.

A minor difference between the two Dragon models was the outer case color; the Dragon 32 was beige and the 64 was light grey. Besides the color and the Dragon 64's serial port (and the model name stickers, of course), the two machines looked exactly the same. 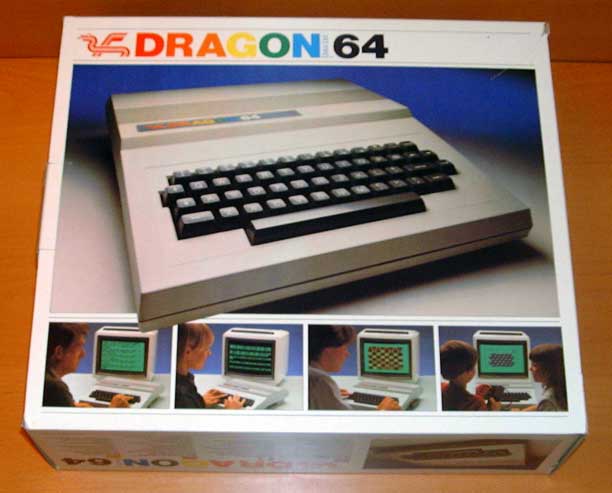 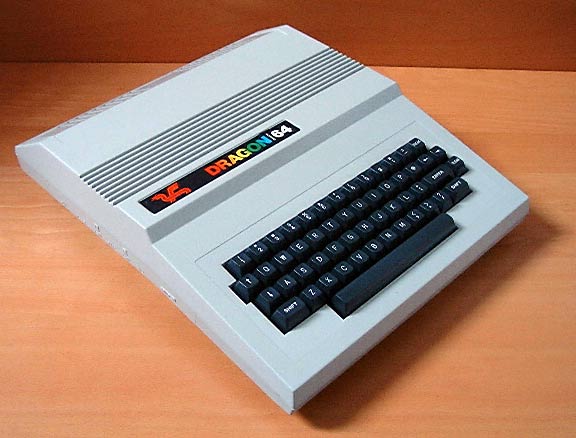 This was produced in the USA by the TANO Corporation under license from Dragon Data. It is essentially a Dragon 64 with NTSC video circuits in an off white coloured case. The power button on the rear has been replaced with a channel 3/4 selector for the american TV market and the PSU is obviously a 110v. These machines may still be available from a distributer called CA Digital who bought all the remaining stock when TANO Corp when bankcrupt and as of January 2009 these are still listed on the web site. Opening a brand new Dragon in 2004 was an experience worth the shipping costs - works fine with a UK PSU and an NTSC compatible TV via the monitor port. 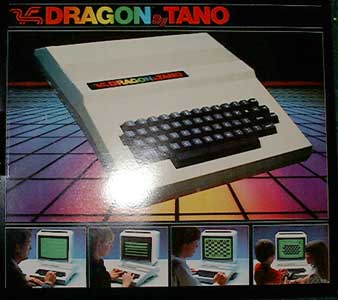 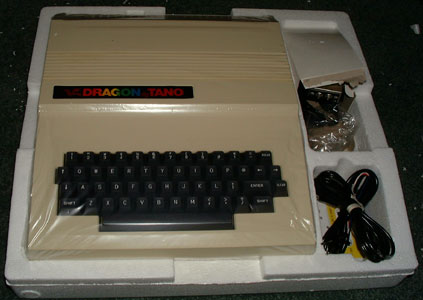