Released in 1991 this game was a version of Tetris for the Dragon. It replicates well the standard gameplay of the well-known Soviet game (although it is not an "official" port). The graphics use a semigraphics mode, with the falling blocks rendered with a special striped effect to achieve unusual colour tones. A bit of sampled speech is also included, with the game proclaiming "Tetris!" when you eliminate four rows at once. High scores can be saved and loaded to disk. 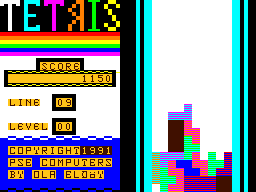 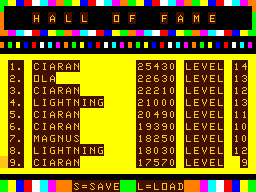 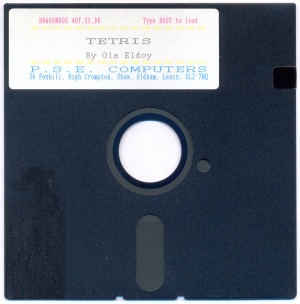